Mast Farm Inn is a certified historic landmark located in Valle Crucis North Carolina. The Mast Farm dates from the late 1700s, when Joseph Mast traveled to the mountains from Randolph County, North Carolina, where he was born in 1764. His father, John had settled there after emigrating from Switzerland via Pennsylvania, where his brother remained. Joseph is said to have traded his rifle, his dog, and a pair of leggings for 1000 acres of fertile Watauga River Valley land. The first house, a two-room log cabin, was built around 1810 and remains today as the oldest inhabitable log cabin in Watauga County.

Today, Mast Farm Inn consists of seven unique guest rooms in an authentic historical 1880s Farm House, each with a distinctive decor, all with private bath, which can sleep from 1-3.  In addition, there are eight unique rustic, getaway cottages and cabins, and historic cottages and cabins from the 1790’s-1820’s, each with its own distinctive decor, many with kitchenette or full kitchen. All lodging options include a country gourmet breakfast for two each morning.  Across the street from the authentic 1880s Farm House, there consists of a large barn used for various events, an additional cabin for rental and a large open area for weddings.

The Mast Farm Inn originally contacted Geeks at Work / Computer Tamers with networking issues.  An extensive site survey was completed.  Many issues were found with the current setup.  With such an expansive large layout, which was not contigious, of the Inn and its related properties, getting Wi-Fi to the entire properties was a difficult task.  With clients increasingly demanding high speed reliable internet, a solution to their spotty coverage was desperately needed.  In addition to the various networking and spotty inconsistent Wi-Fi issues, the Mast Farm Inn was paying excessively for both a limited internet connection for speed and for multiple connections from their current provider.

In addition, the Mast Farm Inn was using Windows Server 2003, which is no longer supported by Microsoft and therefore the server was prone to attacks and data breeches were a major concern.

Geeks at Work / Computer Tamers completely re-worked and re-built the entire networking infrastructure of the Inn and all of its associated properties.  Geeks at Work / Computer Tamers brought in a new ISP that that tripled the Inn’s current data all the while reducing the price by half.  With more and more guests demanding reliable internet, a faster and wider pipe to the internet was required.

Using Ubiquiti manufactured equipment, Geeks at Work / Computer Tamers installed a property-wide Guest Wi-Fi that supported “Smooth Transition”.  “Smooth Transition” means that guests can roam the entire non-contigious property without losing their connection (same technology that cell towers use to transfer your call from one tower to another).  This includes the property across the street and the multiple cabins up the hill.  This Guest network was password protected as well as protected with a “user agreement” when a guest connects to the network (this protects the Inn against copyrighted material).  This Guest network was also bandwidth capped to protect the network from “bandwidth hogs” that could potentially bring down the entire network.  An internal office network was also setup for employee use only which did not require the user agreement and was not “bandwidth capped”.

The entire Wi-Fi and entire network is controlled by a central unit that maintains the system with hardware redundancy.

Tamers also installed a new Lenovo high-end server to serve the Inn’s high demanding reservation needs.  This server is continually backed up to the Cloud in the case of any issues.

Geeks at Work / Computer Tamers were contracted to complete a build out of a new Big Lots store in multiple locations.

Geeks at Work / Computer Tamers was contracted to assist in the remodel of Rite Aid stores that were being converted to Walgreens. 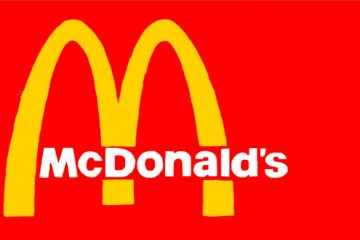 Geeks at Work / Computer Tamers was contracted to McDonalds in Hickory North Carolina to upgrade their current Wi-Fi configuration and install a wireless drive-thru ordering system.